Opening Cuba to US Agriculture

Op-ed: The US should use agricultural trade to help Cuba and build lasting economic bridges 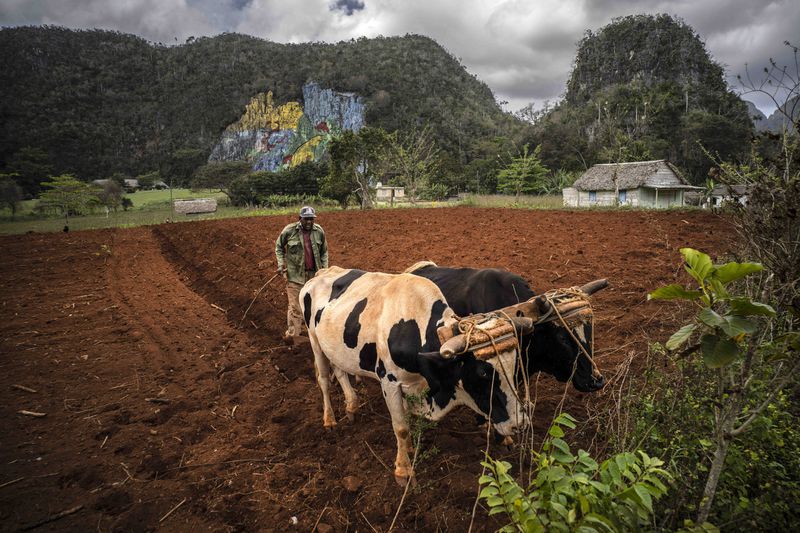 A farmer plows a field with oxen near the mountains in Viñales, Cuba, on March 1, 2021.

Americans certainly support improved political and economic rights for the Cuban people. But we cannot overlook the hard fact that six decades of our ever-tightening sanctions have contributed to the hardships of the Cuban people and done nothing to alter Cuba’s internal politics.

There is no other communist country in the world where we prohibit U.S. citizens from traveling, trading or investing. Shaping our Cuban policy to please one part of the Cuban American community does not serve our broad national interest, and it limits our presence and influence, and strengthens the leverage of countries whose ideals run contrary to our own.

One attainable goal of President Joe Biden’s policy should be to focus on solving the food crisis in Cuba. This can help not only the nearly 20% of Cuba’s workforce employed in agriculture, but each of the more than 11 million Cubans who depend on a healthy and sufficient food supply.

Biden should empower the Department of Agriculture to work with U.S. farmers, private organizations, nongovernmental organizations and universities to engage with Cuban counterparts to increase local production and reduce post-harvest loss. This collaboration could also address shared concerns of climate change, plant and animal health, and natural disaster preparedness. U.S. Secretary of Agriculture Tom Vilsack should meet his Cuban counterparts, as he did during the Obama administration, to encourage the Cuban reforms that are essential to any improvement in production.

And with Cuba now allowing its private sector to import and export and also inviting foreign investment in private farm cooperatives, Washington should ensure that our policies facilitate American engagement to help this private sector grow.

Even during the Trump administration, the U.S. potato industry led the way in creating a program to promote U.S. exports and to improve Cuba’s potato production. Once health and safety standards for seed potato exports were agreed, U.S. seed was shipped to Cuba. A second year of trials was about to begin. The process encouraged dialogue and built confidence that can serve to advance other agricultural projects.

Throughout history, agricultural trade has been a bridge to foster cooperation, and to improve the lives of people. It is no different today where improving U.S. agricultural relations with Cuba is supported across the country from Republicans and Democrats, in rural and urban America.

As difficult as the political landscape is between the U.S. and Cuba, it is easy to find broad support for a new policy that focuses on helping reduce the pain of average Cubans and resolving their present food crisis. It’s a policy that Americans can support not only because it is morally right but will prove to be effective as well.

Paul Johnson is chair of the United States Agriculture Coalition for Cuba and partner at FocusCuba Consulting.