BY MIMI WHITEFIELD
MWHITEFIELD@MIAMIHERALD.COM
A dozen tour buses idled along the Malecón and so many tourists were snapping pictures of the giant images of Che Guevara and Camilo Cienfuegos on a recent day at the Plaza de la Revolución that it looked like a Communist theme park.
Foreign visitors are coming to Cuba in droves this winter season. International visitors were up by 16 percent in January to a record 371,160 compared to the previous year, according to figures from Cuba’s Office of National Statistics and Information.
That came on the heels of a record-setting year in 2014 when 3.003 million international visitors arrived in Cuba. And that’s not counting hundreds of thousands of Cuban-Americans who travel to the island to visit family.
Canada led the way with 181,101 visitors in January for a 15 percent increase, but Germany with 15,832 and England with 14,526 visitors showed the largest percentage increases. Visitor arrivals for those countries were up 37.8 percent and 32.2 percent, respectively.

Rounding out the Top 10 for international visitors were France, Italy, Venezuela, Argentina, Mexico, Spain and Russia. However, arrivals from Argentina and Russia — both plagued by economic problems — were down by 24.1 percent and 23 percent, respectively.
Cruise travelers increased from 928 visitors in January 2014, to 3,937 visitors this January, but the industry is still in its infancy in Cuba.
During January, visitors from the United States didn’t crack the top 18 international markets for Cuba. Such visitors fell into the “other” category, which at 75,435 visitors, was up 14 percent.
New, more liberal rules for U.S. travelers were only announced Jan. 15. Travel operators report a flurry of American interest in booking trips to Cuba, but it’s too early to see a major bump in U.S. travel to the island.
However, since President Barack Obama announced Dec. 17 that the United States and Cuba planned to renew diplomatic ties and the U.S. was embarking on a limited travel and commercial opening with Cuba, there’s been a buzz about the island.
Canadian travel websites, for example, have been filled with commentary about how now is the time to visit Cuba before it is overrun by American travelers.
“For Cuba it sounds like the dawn of a chapter of economic opportunity; though for Canadians it’s more likely sunset on an era of cheap winter vacations,” Tony Ward and John Middleton, Canadian tourism professors, wrote in The Globe and Mail.
The new U.S. rules allow visitors in 12 categories, including educational, research and humanitarian and participants in sporting events and performances, to travel to the island without seeking prior approval from the U.S. government. The new guidelines also make it easier for travel providers to plan trips and sell tickets.
But Americans in those categories are all supposed to engage in purposeful travel — rather than lazy days at the beach and trips planned solely around tourism sites.
Presumably that means they won’t be visiting Jardines del Rey, a sandy archipelago with coral reefs off Cuba’s northern coast that is being developed as a rival to Cuba’s famed Varadero Beach. It too is having its best winter season ever.
Located in the provinces of Camagüey and Ciego de Ávila in central Cuba, Jardines del Rey has 16 hotels with more than 6,000 rooms and will be the site of Cuba’s International Tourism Fair in May.
So far this winter, AIN — the Cuban National Information Agency — reports that Cayo Coco and Cayo Guillermo, which are part of Jardines del Rey, have been hosting a record 7,000 visitors a day. The destination is receiving 40 flights weekly.
AIN also recently reported that a Chinese company, Beijing Enterprises Holdings, was in talks with the Cuban state company Palmares to form a joint venture to develop a resort complex with a five-star hotel and golf course in Bellomonte, east of Havana.
Air China is looking into establishing a direct flight between Beijing and Havana in the fall, according to Ma Kequian, the economic and commercial officer at the Chinese Embassy in Havana.
http://www.miamiherald.com/news/business/international-business/article13130942.html#/tabPane=tabs-b0710947-1-1
Read more here: http://www.miamiherald.com/news/business/international-business/article13130942.html#/tabPane=tabs-b0710947-1-2#storylink=cpy 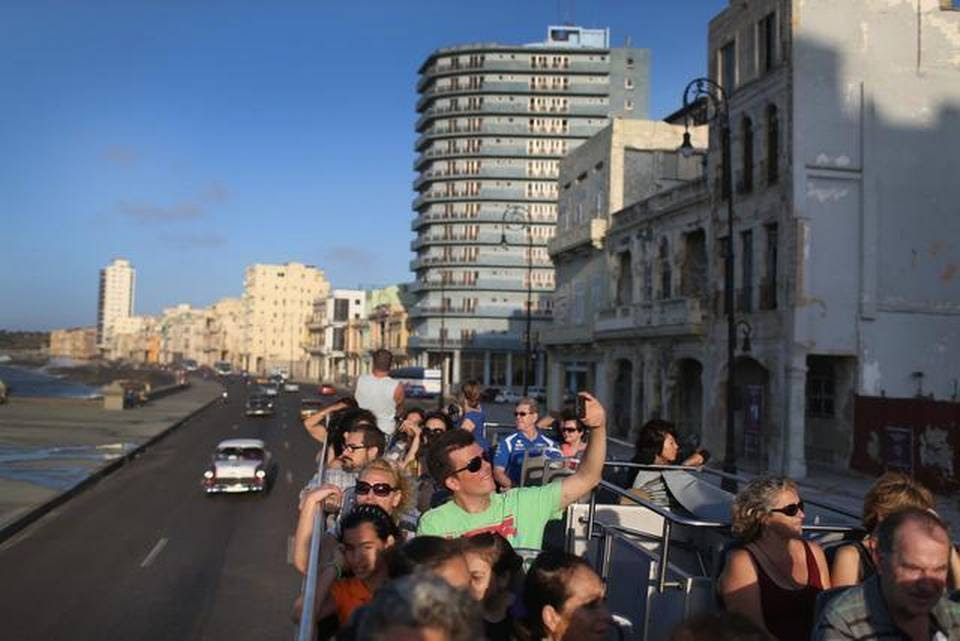 Posted by John McAuliff at 9:36 AM No comments: 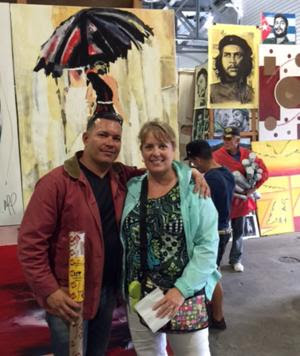 Submitted
Black Hawk College President Bettie A. Truitt posing with a Cuban artist during a recent trip to Cuba sponsored by the Illinois Community College Board. The trip, in February, was designed to increase understanding of the Cuban education system and encourage closer ties between Illinois community colleges and higher education in Cuba.
Buy this photo
Posted: Friday, March 6, 2015 8:26 pm | Updated: 11:48 pm, Fri Mar 6, 2015.
By Anthony Watt, awatt@qconline.com
MOLINE -- A trip to Cuba could mean closer ties between America's neighbor and Black Hawk College.
Black Hawk President Bettie A. Truitt was among a group of Illinois community college officials who visited the island nation from Feb. 15 to 22. The trip was organized by the Illinois Community College Board and the delegation met Cuban professors, students and education administrators, and observed farming and small-business practices.
Ms. Truitt said she hopes to establish exchange programs for professors and students. She is already working to bring one professor, Mario Mas Vidal, to Black Hawk as a speaker because his lecture on Cuba's history and culture impressed her so much.
"We're thinking he would be a great fit for our students," she said.
His talk, early on in the trip, spanned the era from around the Cuban Revolution to the 1990s, when Cuba experienced scarce food and limited electricity because of the loss of support from the Soviet Union after that nation broke up.
She said she would like to give other professors the same opportunity and establish an exchange for students, first in the arts -- where she said the Cubans have put a lot of emphasis -- but later broadening it to other fields.
Adding a section on Cuban art into Black Hawks' art appreciation classes is another idea Ms. Truitt is considering, she said.
The group also visited a family that raised goats and produced honey and fruit on a small farm, she said. The farm was largely self-sufficient.
Cuba's government has begun allowing small-scale entrepreneurs to operate businesses like restaurants, often from their homes, she said.
The farm family, for example, was running a small pottery business to supplement their income from agriculture, Ms. Truitt said.
There is a lot of opportunity there for an exchange of ideas on business practice, she said.
Ms. Truitt said she found the Cubans warm and hopeful.
In December, President Barack Obama announced that the United States will try to normalize relations with the island nation.
The U.S.'s relationship with Cuba, which has a communist government, has been dangerous at worst and chill at best for decades. Travel between the two nations has long been heavily restricted.
"They're (the Cubans) looking to America for what their tomorrow is going to look like," Ms. Truitt said.
http://www.qconline.com/news/local/bhc-president-visits-cuba-closer-ties-may-result/article_41018ce7-1902-556c-96ad-eabdac8017f6.html
Posted by John McAuliff at 1:02 PM No comments:

Posted by John McAuliff at 10:26 PM No comments: