Over 14 years, Mamaroneck author has visited Havana, Pinar del Rio, Santa Clara, and all kinds of places along the way. 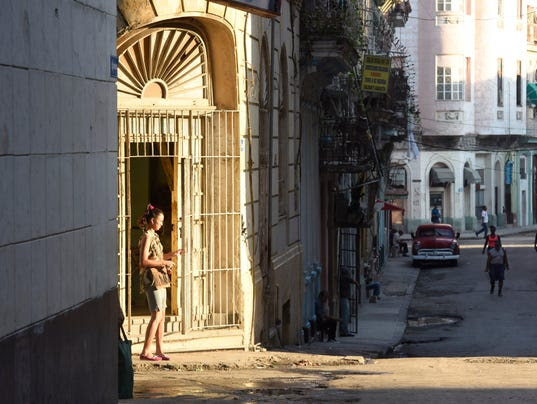 1 CONNECT 6 TWEETLINKEDINCOMMENTEMAILMORE
Who: Kate Moody is a longtime resident of Westchester who raised her family here and has been a teacher at every level from pre-K through graduate school. Moody did groundbreaking work at Nickelodeon in the early 1980s before becoming a doctoral candidate at Teachers College Columbia University. Her work on media literacy in the Mamaroneck Public Schools has been awarded by the Center for Media Literacy in Los Angeles. Moody wrote "Growing Up on Television" (Times Books) and later "The Children of Telstar: Early Experiments in School Television Production" (Center for Understanding Media 2000) based on a 15-year history of projects in the Mamaroneck Public Schools. She now lives in Mamaroneck with her Golden Retriever Muffy. 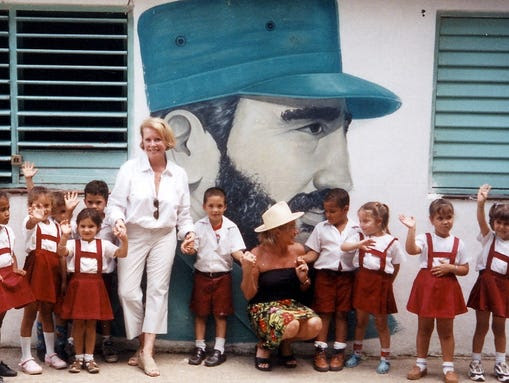 Kate Moody in Cuba (Photo: Kate Moody)
Where: Cuba
Why I went: I began traveling to Cuba in 2002 when I went under the license of the University of Texas. I have been there 14 times to date. Across the years I have visited Havana, Pinar del Rio, Santa Clara, Remedios, Cayo Santa Maria and all kinds of places along the way. My focus has been on education systems and have therefore visited schools from pre-school to university including the famous National Art Schools, special education residences, the University of Havana, dance schools, medical schools and hospitals.
The curiosity that led me to Cuba arose from the fact that Cubans outperform students in most other countries in academic subjects as well as all the arts. It seemed to me that there might be some things to learn from their long experience and unusual commitment to public education. I am currently writing a book about what I have learned about education in my travels.
Although I didn’t anticipate it, this has been a period of historic diplomatic and cultural change. By coincidence, I was in Havana last December 17 when President Obama announced declaration of the two countries to restore diplomatic relations. By mid-morning there was much flag-waving and happy celebration in the streets.
What to pack: I just returned on Aug. 1 from Cuba where there was a tropical heat wave. I was able to fly directly from JFK to Havana on JetBlue (two hours and 55 minutes), which made it a relatively easy trip. Would not recommend June-August for first time “norte-americano” travelers. Always think about taking summer clothes, plus good walking shoes, washable items and a HAT. I sometimes travel with a carry-on only.
Where to stay: I have stayed at 5-star hotels, casa particulars (rented rooms in homes), once I slept through a tropical rain storm in a thatched hut outside of Santa Clara, but my best times were staying with my Cuban friend, Dora, and her dog, Cachita, in their apartment in the Vedado section of Havana. 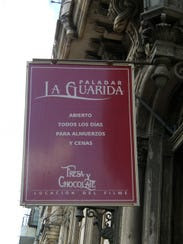 La Guarida is a restaurant in Cuba. (Photo: Kate Moody)
She helps me with translations and we stay up late talking about Cuban history and folklore. Of late, Airbnb is operating to book rooms in Cuba and is experiencing a swift business. As for hotels, The Nacional is steeped in history and overlooks the Malacon and the Straits of Florida; the Melia Cohiba is newer and has the best business center including good Internet, email and telephone connections; the Saratoga is elegant and smaller, with true elegance. (Beyonce preferred this). I have stayed at all of those. I recommend that first-time visitors join a group tour in order to include as many important sites as possible. Soon Pope Francis will be visiting Cuba and there will be no rooms at the hotels available in Havana during 23-25th of September. 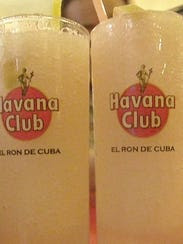 Kate Moody (Photo: Kate Moody)
Dining: The larger hotels have an abundant breakfast buffet with mango, papaya, about 15 varieties of eggs to choose from and a dangerous amount of homemade breads. Most tour groups have two meals per day included. Paladars are coop restaurants that are public-private enterprises. Some are very good. Paladar La Guarida in Havana is very popular. Along the way, you may want to sample the classic Mojitos, a rum drink with Yerba Buena (mint) or a classic Cuban pork sandwich. Maybe even a cigar. It is now legal to bring Cuban cigars home. Cubans note with pride that 85% of the food produced in their country is organic.
Good to know: Whenever you decide to travel to Cuba, you will find the people very welcoming and friendly. There are now American flags flying everywhere. But, as one travel writer cautioned, “Go now... before the Golden Arches appear!” Buen Viaje! 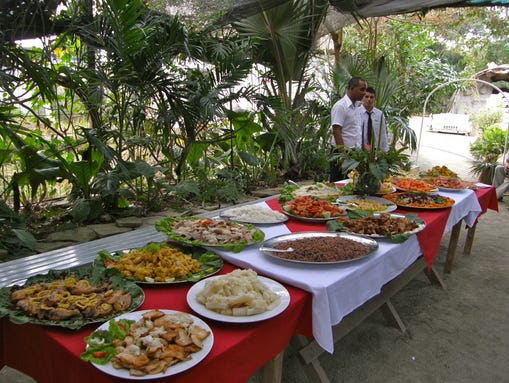 The larger hotels have an abundant breakfast buffet with mango, papaya, about 15 varieties of eggs to choose from, and a dangerous amount of homemade breads (Photo: Kate Moody)
We are looking for Getaways
If you'd like to contribute a story about your latest getaway, such as Kate Moody's trip to Cuba, please contact editor Karen Croke at kcroke1@lohud.com or 914-826-1654.