May FAM Trip to Santiago and Guantanamo (Baracoa and Holguin optional)

[This trip is designed for travel professionals (agents, tour operators, journalists), especially those considering sending groups or clients for the July Carnival trip.] 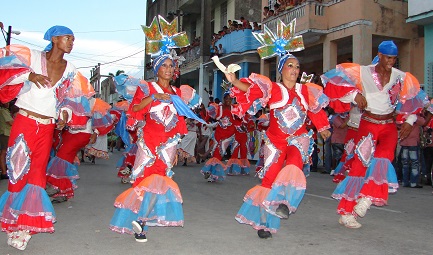 Friday, May 3
Fly from Miami to Santiago on inaugural American Airlines flight; arrive 7:45 p.m. stay at Hotel Imperial or in casas particulares

Sunday, May 5  The Independence Wars and US Intervention
Maceo Memorial honoring a leader of the mambisi independence struggle; bust of founder of the Red Cross Clara Barton who assisted victims of Spanish; discussion of Dynamite Johnny O'Brien from New York who smuggled arms and troops; memorial at San Juan Hill to Teddy Roosevelt’s casualties; museum of the Cuban-Spanish-American war for the other side of the story; swim at the beach with the Spanish wreck; Playa Siboney seafood restaurant; enjoy traditional Cuban music and dance

Monday, May 6  The Revolution
Biran, the large plantation owned by the father of Fidel and Raul Castro; Moncada Barracks museum (site of the first stage of the Cuban revolution); gravesites of Jose Marti and Fidel Castro; meet representative of Cubanacan; hotel visit; enjoy traditional Cuban music and dance

(Option of early departure on 8:45 p.m. flight from Santiago to Miami).

Wednesday, May 8  Guantanamo
Origin of Cuba’s traditional music, including Tumba Francesa and the Museum of Changui; lunch in paladar el Karey; Zoolagico de Piedra; evening of music and dance at cultural center of Artex

Thursday, May 9   Caimanera
Cuban town adjacent to the US base*; meet community leaders and artists; return to Guantanamo city to discuss local culture and the history of the base during lunch meeting with UNEAC and university professors; return to hotel or casa particular in Santiago

Drive to Holguin; the three plazas of Holguin and the cross on the hill overlooking the city; night of music and dance with Cuban friends

The indigenous gravesite museum and the replica of a Taino village; the company town of United Fruit and the church in Banes; the site where Dynamite Johnny O’Brien landed with arms and soldiers for the mambisis; landing site of Columbus; enjoy the beach at Guardalavaca with Cuban friends; night of music and dance with Cuban friends

Read the post and view pictures of Carnival by Kelly, Compass and Camera travel blog. 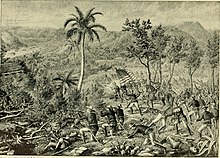 Posted by John McAuliff at 5:08 PM