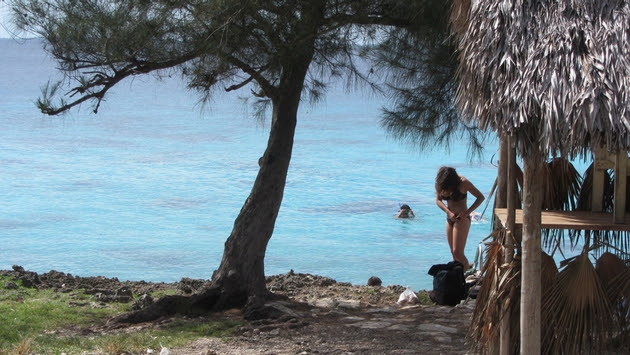 PHOTO: The Bay of Pigs half a century after the U.S. invasion. (Photo by David Cogswell)

ASTA, The American Society of Travel Agents, has joined a newly formed group that supports normalizing trade and reforming travel policies with Cuba.
ASTA joined the Engage Cuba Coalition “in an effort to generate support from American businesses and non-profit groups to reform U.S. travel and trade restrictions with Cuba,” according to a statement.
Zane Kerby, ASTA’s president and CEO, focused on the economic benefits of opening trade and travel to Cuba.
“The benefits of increased engagement actually go beyond the shores of Cuba,” said Kerby. “We believe lifting the travel ban will bring economic benefits to Cuba's neighbors as well, and the travel industry that serves them by generating demand for new passenger routes, tours and travel agent services.”
In pursuit of said economic benefits, the new group is bringing considerable economic and political clout to bear. The membership includes the National Foreign Trade Council, National Association of Manufacturers, the Consumer Electronics Association, the Council of the Americas, Engage Cuba—Third Way, #CubaNow, Cuba Study Group and the Center for Democracy in the Americas. Major corporate entities such as Procter & Gamble, Cargill, Choice Hotels and The Havana Group are also giving their support to the effort.
The new group has taken off the gloves and is unleashing a series of ads on major networks, including CNBC, Fox News and MSNBC, in support of “overturning the 54-year-old law that restricts travel by Americans to Cuba.”
ASTA has estimated that at least 2 million additional Americans could visit Cuba by 2017 if Congress votes to lift travel restrictions by end of year.
But as great as the economic rewards may be for a repeal of the travel and trade ban, advocates are shooting for something even higher in their efforts at persuasion: the freedom to travel.
“ASTA has long believed that Americans ought to be allowed to travel across the globe without restriction,” said Kerby, “allowing them to act as ambassadors of freedom and American values abroad. And our work with Engage Cuba will bring that goal within reach.”