Near and Far with The Friday Flyer: Patricia Hollingshead in Cuba 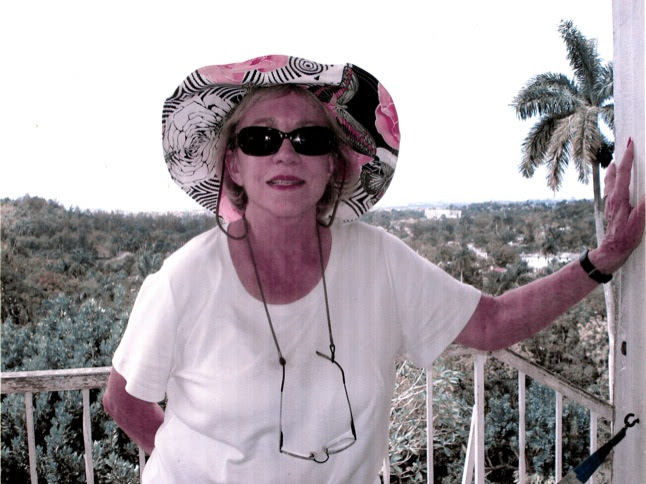 Patricia Hollingshead recently spent 12 days in Cuba with the Grand Circle Foundation. She says, "It was wonderful – this is pivotal moment in history for the people of Cuba who are in the midst of major government reforms."
The group visited three cities: Havana, Cienfuegos, a harbor town that is the center of Cuba's sugar, coffee, and tobacco trades, and the colonial gem of Trinidad, "where cobbled streets, pastel-colored houses and elegant plazas evoked Cuba's glory days," says Patricia.
She says the people of Cuba were warm, welcoming and eager to interact with Americans. She also took note of the many 1950's cars everywhere and in every color. They are called "Yank Tanks," and stand out next to the mule-drawn carts.
The first stop of the trip was Havana, where the group walked through "Old Havana." The site included many historic restorations. The trip also included a visit to the museum of the revolution, a senior center and a handcraft market.
From there, the visitors traveled to one of Cuba's neighborhood-managed, worker-owned cooperative urban organic farms. At this location they listened to a briefing on the state of U.S./ Cuban relations and what may lie ahead.
During the next part of the trip, the group visited Cienfuegos, where they enjoyed a concert, a meeting with the union of writers and artists and discussed how those creative groups manage to freely express their ides and push limits in both countries. Patricia says, "We were able to visit artist studios and were able to purchase artworks." An interesting stop was a pottery studio that had been run by the same family for generations.
After Cienfuegos, the group went to Trinidad where they visited the Sugar Mill Valley. This site includes ruins that represent Cuba's brief “heyday” as a center for sugar production. After this stop, part of the group enjoyed the Tropicana Nightclub, where, according to Patricia, "It was just like yesteryear – the women all in Carmen Miranda outfits."
The trip included visits to old forts around the country, and a stay at the "Hotel Nacional De Cuba," a place that “Mafios” frequented in the past. According to Patricia, the Grand Circle Foundation's hope for the trip was to create a better cultural understanding between the United States and Cuba.
http://fridayflyer.com/2012/03/16/near-and-far-with-the-friday-flyer-patricia-hollin