University of Vermont Professor Reflects on His Trip 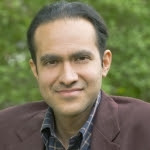 (Host) Commentator and UVM Professor Saleem H. Ali recently returned to the U.S. from a trip to Cuba and he says there's a need for better relations between the two countries.

(Ali) So near and yet so far - that's how most Americans like me feel after a visit to Cuba - the largest Caribbean island and a country that the U.S. continues to treat as a political pariah. I returned from a visit there last week under a US government licensed program with the Vermont Caribbean Institute - a splendid organization that reflects our state's willingness to engage with the toughest of challenges at a global level.

Since the 1959 communist revolution, Cuba has bedeviled US policy makers and remains an authoritarian state. Yet politics cannot ignore the human and ecological reality of our relationship with Cuba. Only 90 miles away from the southern tip of Florida, Cubans have been isolated by a historic vendetta that has its roots in a bygone Cold War era struggle.

It seems anachronistic for the US to insist on Cuba's isolation because of its political system or its human rights record when we are establishing better relations with states that have similar ideologies and equally checkered pasts such as Burma. Even our relations with Vietnam, after a war in which nearly 60,000 Americans and over 3 million Vietnamese were killed, have been mended - with the US flag flying over our embassy in Hanoi since 1995.

And yet despite several calls for rapprochement by the Cuban government, the US remains reluctant to officially establish diplomatic relations because of domestic politics. What is particularly alarming about this stance is that we already have a major diplomatic presence in Havana under a peculiar arrangement whereby a US special interests section is allowed to operate with a staff of almost 200 strong!

The rationale for isolation given by the US is to maintain pressure on Cuba 's authoritarian government with sanctions - but this strategy has failed.

Sanctions only work in the context of global consensus and given the specifics of this conflict much of the rest of the world scoffs at US intransigence on the matter. Even our northern neighbor, Canada, which usually goes along with our foreign policies remains committed to maintaining strong diplomatic ties with Cuba and the largest single segment of tourists to this remarkably scenic island comes from Canada.

I believe that the time has come to dispense with past vendettas and parochial politics and focus on strengthening economic and diplomatic ties with Cuba. Such an approach, which is very tentatively being explored by the Obama administration, is likely to be far more effective in improving Cuba's political system. It's also time to stop punishing our own citizens for the folly of any ruling elite. Surely, our common humanity, and our socio-ecological connectivity can transcend the grievances of the past.
Posted by John McAuliff at 10:18 AM