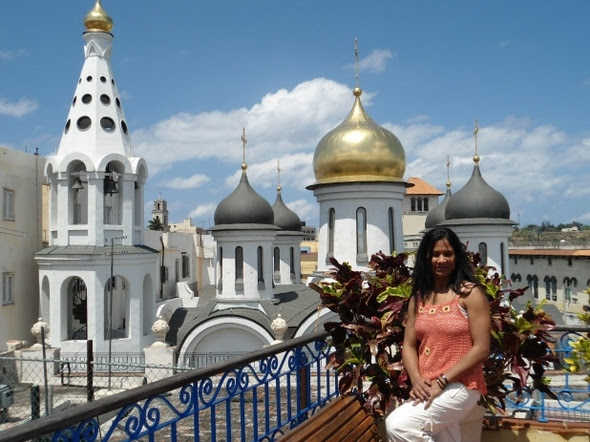 Jacqueline Haber grew up hearing stories of Cuba, the communist island her father, once a member of the Cuban military, fled nearly half a century ago.

In April, 45-year-old Haber, a nurse for the University of Michigan Health System, stepped foot on Cuban soil for the first time.

She and 34 U-M alumni became a few of the first Americans to visit Cuba since U.S. PresidentBarack Obama eased travel restrictions in 2011. The group was the first of three U-M contingents to tour Cuba as part of U-M Alumni Association-backed travel expeditions. The last group, which includes Lisa Rudgers, U-M vice president of global communications, is touring the country now.
.....
U-M Alumni Association travel coordinator Carrie Fediuk originally planned for just one departure but response was "so overwhelming" she decided to tack on two extra trips. Fediuk applied for an educational travel visa to Cuba in June 2011 and received the go-ahead in November.
Travel to Cuba has been heavily restricted since the 1960s and in 2003 George W. Bush fully eliminated licenses to travel there. Obama in 2011 eased restrictions, allowing educational trips to Cuba, and the first group of U.S. citizens landed in August. Other elite universities, such as the University of California at Los Angeles and Harvard University, have since led similar trips to Cuba.
"It was a very labor intensive process. The U.S. government wanted to know everything about our program, our history, what our intentions were to travel there," Fediuk recalled, adding that officials circled back with her twice requesting additional information. Fediuk, who regularly arranges trips to countries like Egypt, Machu Picchu, the Galapagos Islands and Turkey, said she can't recall a more detailed vetting process.
The difficulty, she said, was well worth the eventual reward.
"It was uncharted territory," Fediuk said. "Cuba is a place we knew our travelers would want to go. They're curious and they wanted to see a place that's been closed off to U.S. travelers for many, many years."
full story here
http://www.annarbor.com/news/university-of-michigan-group-among-first-to-visit-cuba-after-five-decades-of-restriction/

Posted by John McAuliff at 8:13 PM