Cuba Money Project Post on Cuban Spies in the US

by Tracey Eaton in The Cuba Money Project\ click his blog 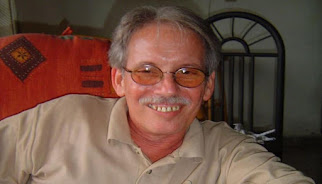 One side's traitor is the other side's person of principle, rising above national chauvinism to higher values of democracy or human solidarity.

It should be noted that while countries go out of their way to protect their own nationals who are caught spying, they seem to abandon nationals of the target country who risk all on their behalf.

The US effort to regain Allan Gross and the Cuban demand to free the Five resulted in a four or five year delay against the interest of both countries to normalize diplomatic relations until a trade could be arranged, but did Cuba make any effort to include Ana Belen Montes or Kendall and Gwen Myers?

Americans who met with Ricardo Alarcón when he was President of the National Assembly usually saw Miguel Alvarez first, his adviser for twenty years.  Miguel and his wife Mercedes Arce were charged by Cuba with espionage in 2012, tried secretly in 2014 and sentenced to 30 and 15 years respectively.

Miguel developed cancer in prison.  After one of his sons who lives in Mexico made public his appeal to see their father before his death, Cuban authorities released Miguel to spend his final days in house arrest and permitted his three sons to come from Mexico to be with him.

There was speculation at the time that the arrest of Miguel was a way to attack Alarcon who left his position as head of the National Assembly one year later.

Certainly 30 and 15 year sentences for selling economic data to Mexican businessmen seems out of proportion.

A natural question is whether the US government was a client for the information or whether more serious charges were made in the secret trial.  If the US was even marginally involved, why didn't it include Miguel and Mercedes in the Alan Gross - Cuban 5 deal?

I met Miguel three or four times at Alarcon's office and found him to be warm and as open as one can expect of people in his position.   During my visits to Cuba during that time of the Bush Administration, I often also met with the head of the US Interests Section.  I was always grateful to Miguel for sharing his insights into prospects for improving bilateral relations.   All I could do in return was share my views of Cuba debates in the US--and pass on a recent book or two about our politics and culture.

For two decades after the end of the war I had similar unofficial conversations with government officials of the US, Vietnam, Laos and Cambodia during my work for normalization of relations.  No doubt such an independent pro-reconciliation role provoked suspicion but I don't think my presence compromised my interlocuters.  I hope Miguel's interaction with me did not contribute to his problems.

Twenty years after the end of the war, the US ended its embargoes and normalized relations with Indochina and work such as mine was considered a positive contribution in all four countries.   The US and Cuba have been locked in conflict for sixty years. Even though Presidents Obama and Castro normalized diplomatic relations, the economic warfare of the unending embargo poisons trust.

If Presidents Biden and Diaz-Canel can achieve real peace and full natural engagement between our countries, history may look with greater sympathy on the roles of Belen, the Kendals, Alvarez and Arce whose sanctioned illegal actions were probably in part motivated by a desire to overcome the endless deadlock.

Posted by John McAuliff at 5:58 PM