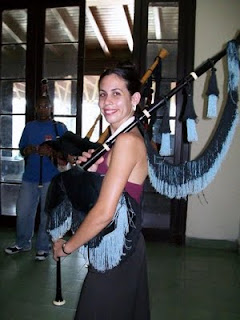 The spirit of the visit is captured by a plaque on Old Havana's :

"Two island peoples in the same sea of struggle and hope:  and "

and by this from the Irish Times:

Irish visitors to  often remark on the identification they feel with the warmth and sense of fun of ordinary Cubans. While caution is wise with such generalizations, it is a similarity that others have noticed too. There is something Celtic about the Cuban that commands the affection of those fortunate foreigners who really know them.

Revealing discussions will be held with Cuban experts on the four century role of the Irish in their country’s history and culture (see below).  Visits made to related historical locations in the UNESCO world heritage city of

The Irish and Celtic influence outside of  will be the focus of field trips to the provinces of Artemisis to the west and Mayabeque and .

Coincident with the Irish Heritage program is ’s fifth annual Celtic Festival.  It offers direct involvement with 's well-established emigrant societies from 's Celtic provinces of Asturia and  that play a role in  similar to Irish county societies in the .  With limited resources they foster a lively expression of traditional music, instruments, dance and costumes.

Participants are welcomed by evening concerts  into the Asturian and Galician  culture.  Workshops and sesiuns provide opportunities for spontaneous interaction with Cuban counterparts.

For the first time Irish American musicians, singers, dancers, academic specialists and fans can participate in a rich people to people experience, enjoying the craic while learning in the most direct and personal way possible about life in Cuba today.

For background, photos and video from past festivals and the latest updated program, go to http://celtfestcuba.org/ 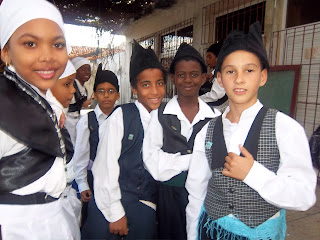 CeltFest receives the support of Culture , the Historian’s Office in , Na Piobairi Uilleann (Uilleann Pipers Club of Ireland), the Irish Arts Council, and the embassy of  for  and .  It features workshops in uilleann piping, fiddle, singing and dance, pipe and reed-making classes, informal seisiúns and concerts with performers from  .

The past two festivals have included

There will also be opportunities to meet Cubans active in other aspects of the country’s music and dance, including conversation with students and professors at the Instituto Superior de Artes (ISA) , and meeting performers of Opera de la Calle (Opera of the Street), and potential evening encounters with salsa, jazz and Buena Vista Social Club style musicians.


The Irish Heritage Program is a people to people trip sponsored by the Fund for Reconciliation and Development.  It is coordinated by John McAuliff, formerly President of the Philadelphia Ceili Group and Assistant Editor of the Irish Edition.  He has traveled frequently to  since 1997.

For further information about the program and cost, and to obtain a registration form, contact director@ffrd.org or call 914-231-6270. 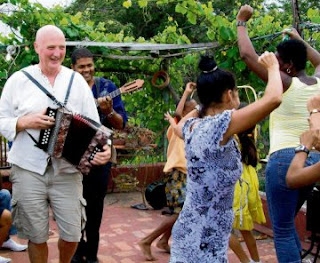 Posted by John McAuliff at 3:45 PM