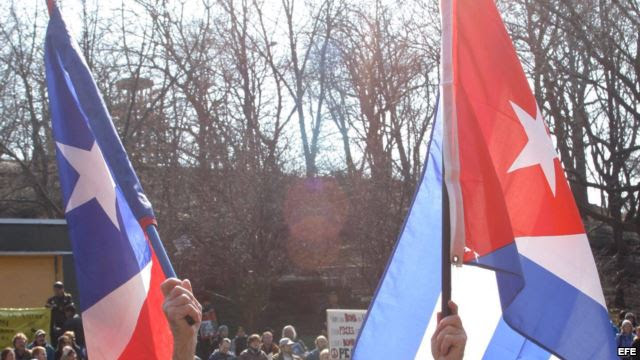 Nearly two decades after its last attempt to connect with the Cuban market, the Puerto Rico Manufacturers’ Association (PRMA) is preparing to send a delegation to Cuba in September.

Puerto Ricans are subject to U.S. sanctions on Cuba.

The focus of the trip will be on economic issues, and it may include meetings with university economists, government officials, state enterprise executives — possibly in the healthcare and pharmaceutical sector — small entrepreneurs, and European diplomats.

“It’s about understanding the changes going on in the Cuban economy,” said Phil Peters, the Washington consultant and Cuba expert who is putting together the trip and provides his people-to-people travel license.

PRMA’s exploration of the Cuban market is part of a state legislature-mandated effort to energize Puerto Rico’s manufacturing-based economy, which shrunk slightly in 2012 and is expected to stagnate this year.

Because there are no direct flights from Puerto Rico to Cuba, the group may have to travel via Panama.