An estimated 30,000 U.S. citizens (of non-Cuban ancestry) visit Cuba every year independently despite of the ongoing and seemingly never ending U.S. travel embargo.

While U.S. citizens should keep in mind that it is essentially not legal for them to visit Cuba, it has been years since the U.S. government has taken any actions - including even minor fines - to Americans 'caught' visiting Cuba.

Cuba welcomes American tourists with open arms and they do not stamp anyones passport unless specifically asked to do so. There is not the slightest trace of hostility towards Americans among the Cuban population, if anything they are eager to talk to and get to know Americans. They see the old dispute between Cuba and USA as an issue between the governments of the two countries, not as an issue between the people. 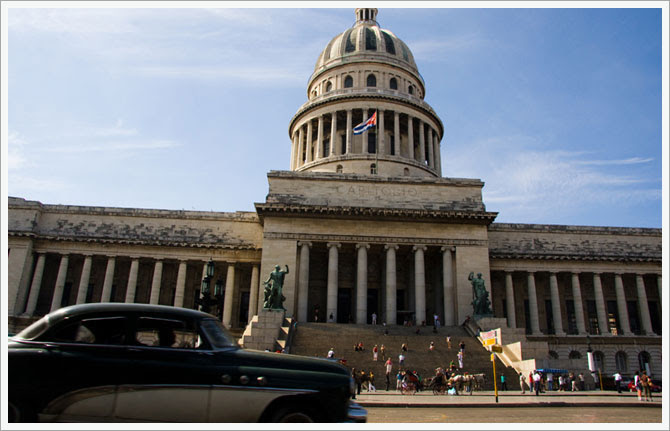 Most U.S. citizens are overwhelmed by the reception they receive in Cuba and amazed that there is a country so different from their own so close by. Cuba and USA are indeed two very different planets, and it's a life changing experience to some Americans to visit the island.

While we do not want to make this a political statement and debate how logic and fair the U.S. embargo towards Cuba is, it is a fact that Cuba is the only country on earth that Americans are prohibited to travel to. Americans can freely travel to North Korea, Iran, Saudi Arabia and several other countries whos governments are not democratically elected and where there are more than a few issues when it comes to human rights and basic human freedom.

We are more than happy to work with U.S. citizens. We can provide detailed advice on flights, money exchange, how to return to the U.S. with no issues, and help you with everything you need while on the island.

The alternative to visiting independently is traveling with an OFAC license and going with one of the few U.S. agencies licensed to arrange tours for OFAC license holders. These trips are not only very expensive, they also come with a list of rules. The worse being that the traveler needs to follow a strict schedule that comes with the tour.

While we cannot tell you to ignore the alternative of visiting Cuba 100% legally with an official permission from your government, we can only advice you to research visiting independently. Making it possible to plan your own time in Cuba, as opposed to being forced to stick with a supervised group during your entire stay. 30,000 American tourists visit independently each year.

We are more than happy to assist U.S. citizens in arranging a trip to Havana or a tour around Cuba.Send us an e-mail and we can work out everything according to your wishes for the perfect trip.

Posted by John McAuliff at 3:39 PM