Only 90 miles from Florida, Cuba has long been a source of fascination for Americans. The country’s proximity combined with nearly six decades of travel restrictions created a romantic myth around the Pearl of Antilles for many living in the United States. 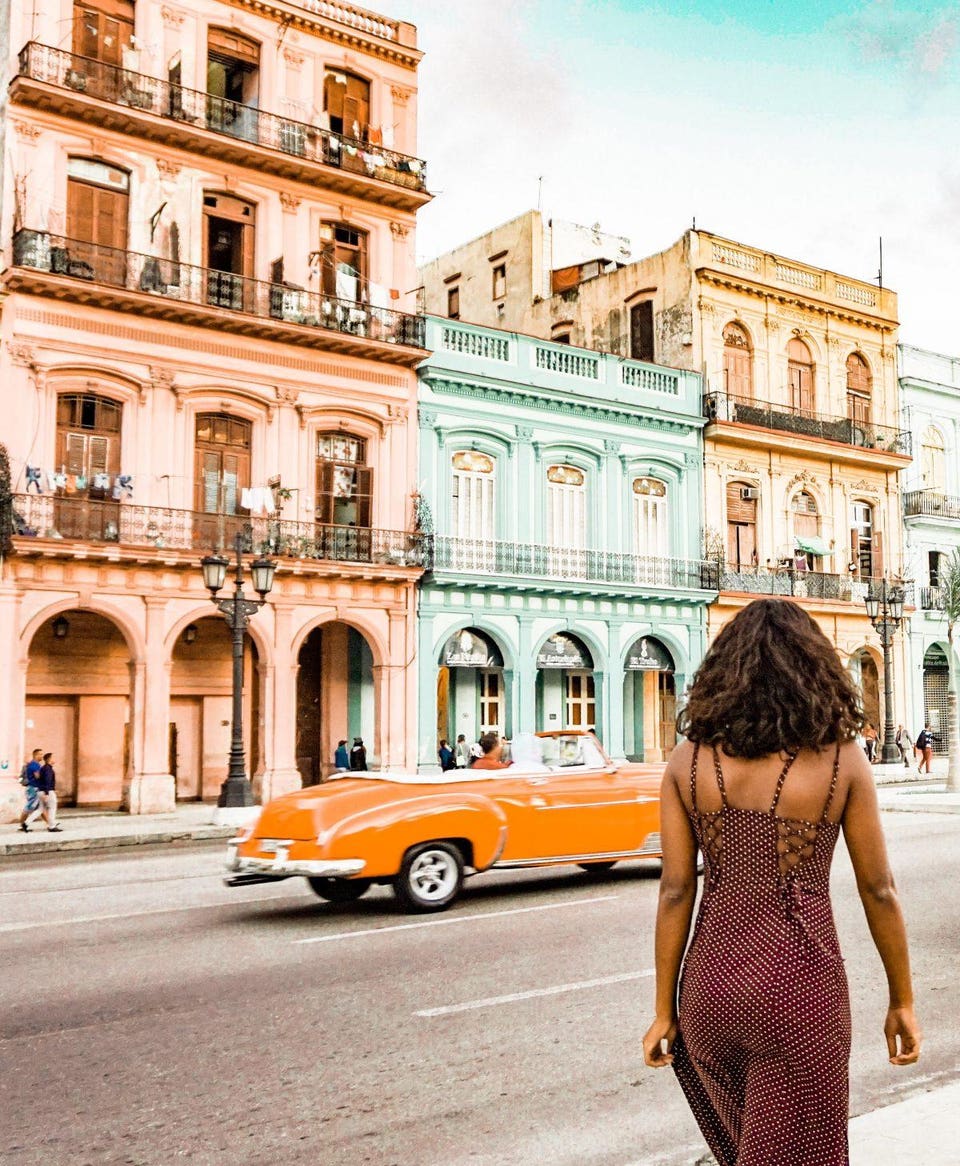 Ciara Johnson.
When President Barack Obama rolled back regulations in 2014, making it legal (and easier) for Americans to visit the country without a tour group, there was an expectation of the floodgates opening for Yankee visitors. Major airlines worked for years to hammer out contracts allowing commercial flights while companies like Airbnb scrambled to ramp up Cuban inventory on their website.
And by many counts, tourism was up. In 2017, 600,000 American travelers (without Cuban family ties) visited the nation, which is more than six-times the pre-Obama level.


But after new financial restrictions on U.S. travelers, as well as the elimination of individual “people-to-people” travel by the Trump administration, many Americans are confused about if, and how, they can travel to Cuba. Alleged sonic attacks against the American embassy is adding to the general bewilderment.
However, according to experts, not much has changed for Americans interested in Cuba travel. Individual travelers are still able to visit the country for the purpose of supporting the Cuban people. Here’s how.
(It bears mentioning that pure tourism was not, and is still not, allowed. Travelers must fall under one of these 12 categories of authorized travel.) 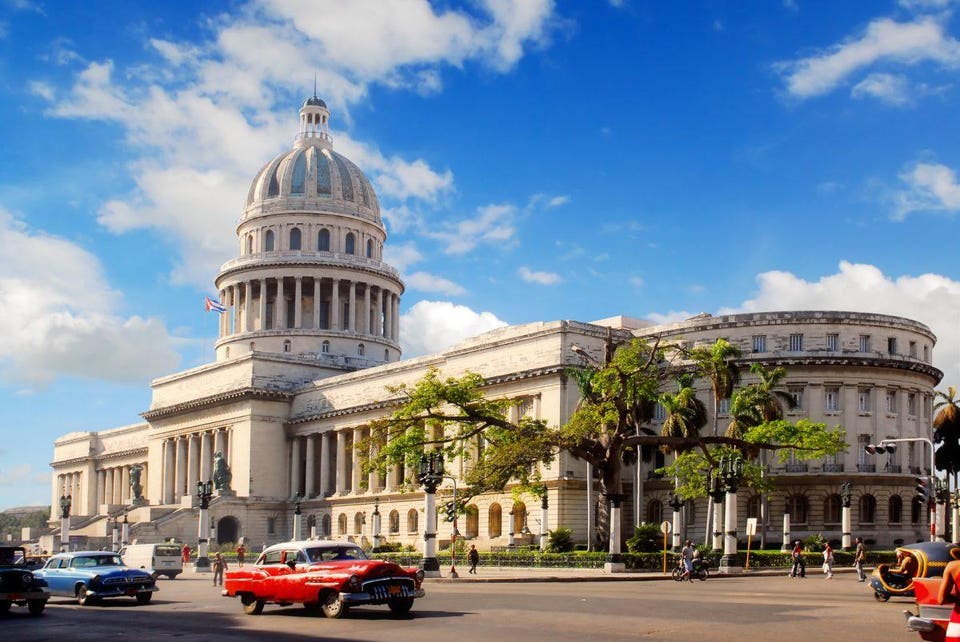 Friendly Planet Travel.
How much has changed since President Trump
"If you speak Spanish, you don't need a tour guide,” says John McAuliff, executive director of Fund for Reconciliation and Development Coordinator. “You can do it completely on your own with one of the good guidebooks.”
McAuliff, 75, who has been working to create more ties between Cuba and the U.S. through travel for over twenty years says that although individual “people-to-people” trips were eliminated in June, Americans can visit the country without a tour operator under “support of the Cuban people.” 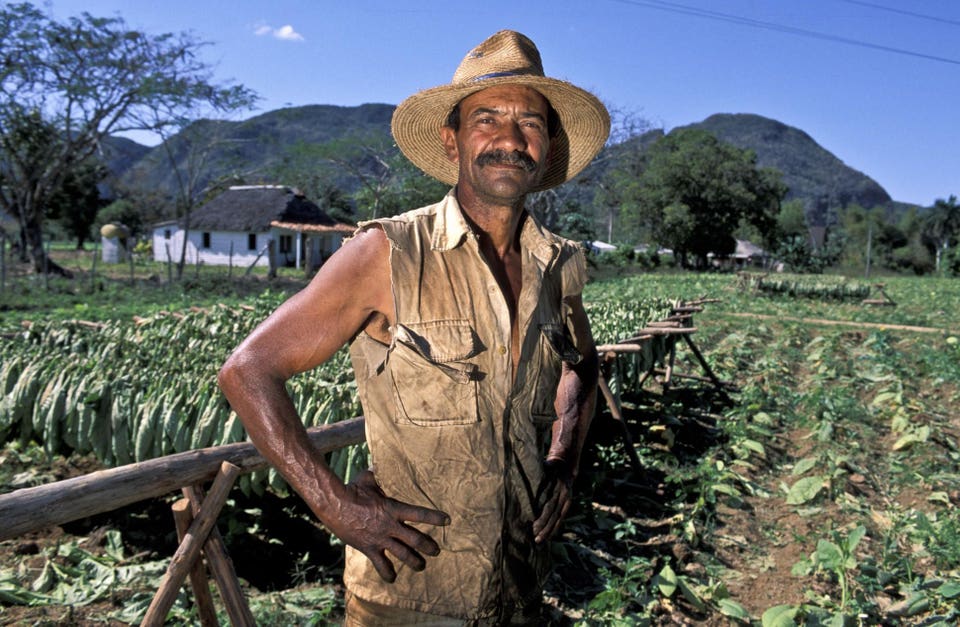 Classic Journeys.
In practical terms, this means creating an extensive itinerary that complies with regulations and documenting your trip while you are visiting the country, in case you are asked by the American government for receipts. A key component of “support for the Cuban people” is interacting with locals, so include activities that provide genuine interactions. Think salsa classes, instead of beach days.
Following the Trump administration’s tightening of economic embargo against Cuba, many travelers report that the most difficult aspect of their trip is making sure that they do not spend money at a business with ties to the military. Although they run many hotels in the country, as well as transportation services, it is possible to only spend money at establishments run by Cubans citizens, if you do your homework beforehand. 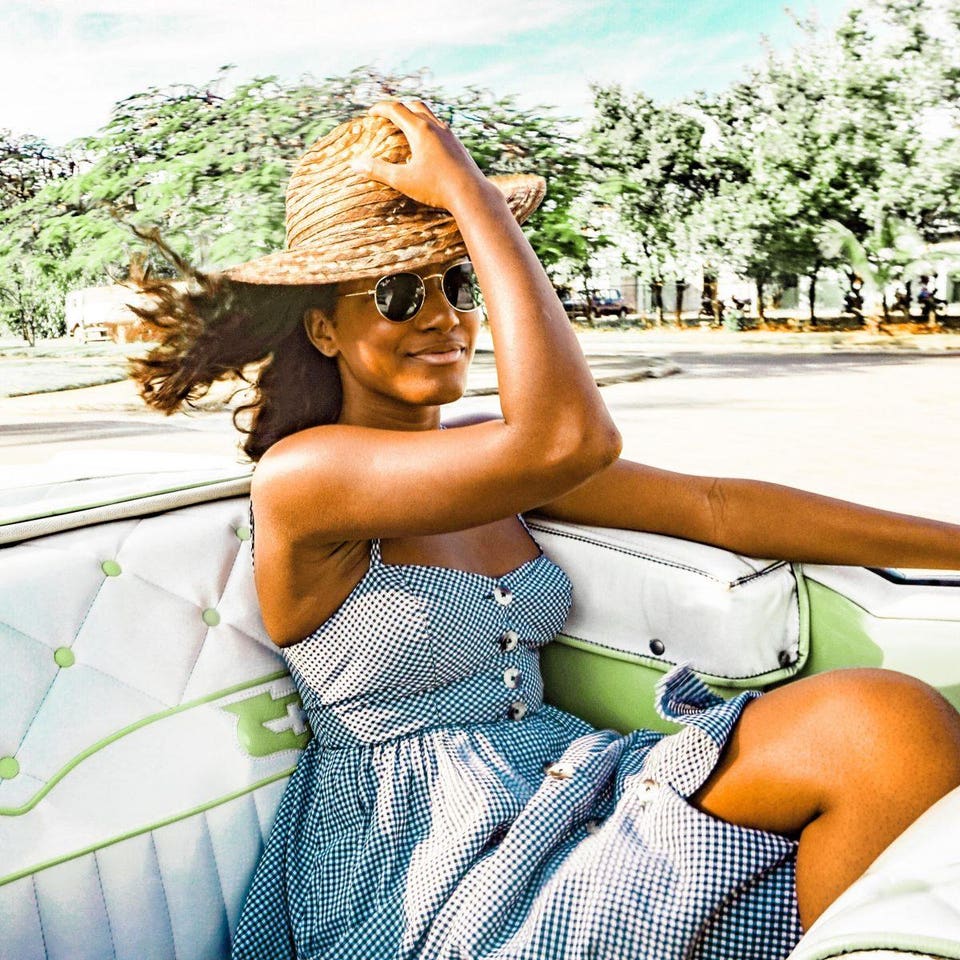 Ciara Johnson.
Ciara Johnson, the 25-year-old American travel blogger behind Hey Ciara, visited the country in December 2017 and then again in February 2018. Between her two visits, the American regulations had changed.
Traveling under “support for the Cuban people,” Johnson designed a trip that followed the new rules. She opted for two days with the tour operator Cuba Candela and then 12 days of exploring on her own. Her itinerary featured a variety of activities from cooking classes to salsa lessons to touring Havana in an antique car.
Although the Millennial made sure to document everything, Johnson was nervous about re-entering the United States when she visited in February 2018. In the end, she says, “ it was the easiest process ever. It was like any other trip out of the country.”
Staying in casas particulares
Many backpackers in Cuba point to their casas particulares, or home stays, as the best aspect of their visits. This also complies with the new financial regulations for American travelers, as the money goes directly to Cuban citizens rather than the military.
Although you are still a visitor, staying with a local offers a glimpse of life on the island beyond what you would see in a hotel. “If they have a blackout, you’re going to live the blackout. Those don’t happen in hotels,” said Juan, a 24-year-old Cuban who works in the hospitality industry. 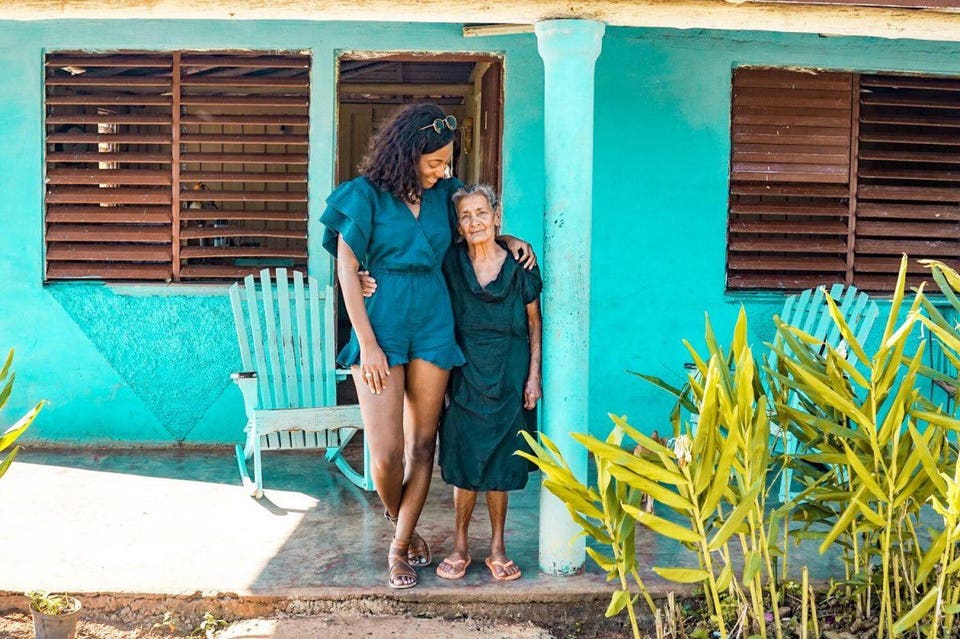 Ciara Johnson.
“Because of the historical and cultural differences, staying in a family home you are able to see the culture in a way you wouldn’t otherwise,” says Johnson. From watching telenovelas with her host to learning about fruits that she didn’t know existed, Johnson says that staying at casas particulares was not only the highlight of her trip, but the experience counted as a form of support for the Cuban people.
The system was set up in 1997, when the Cuban government allowed citizens to rent rooms in their homes to visitors. When Obama relaxed restrictions against Cuba, Airbnb capitalized on the existing system, quickly adding 1,000 Cuban listings to their website. But you can still find lodging the old fashioned way: walking around. Hosts paint anchors on their houses. A red anchor means that foreigners are welcome, while blue denotes that there are rooms for Cubans.
Casas particulares “do give a good insight into what life is like on a local level. The key is to be sensitive that people are doing this for a living,” says Rebecca Ogden, 31, a Latin America lecturer at Kent University. “They are not doing it out of the goodness of their heart, out of a stereotype of generosity.”
Be careful about asking too much about politics or putting them on the spot, unless you feel that a real relationship has developed. 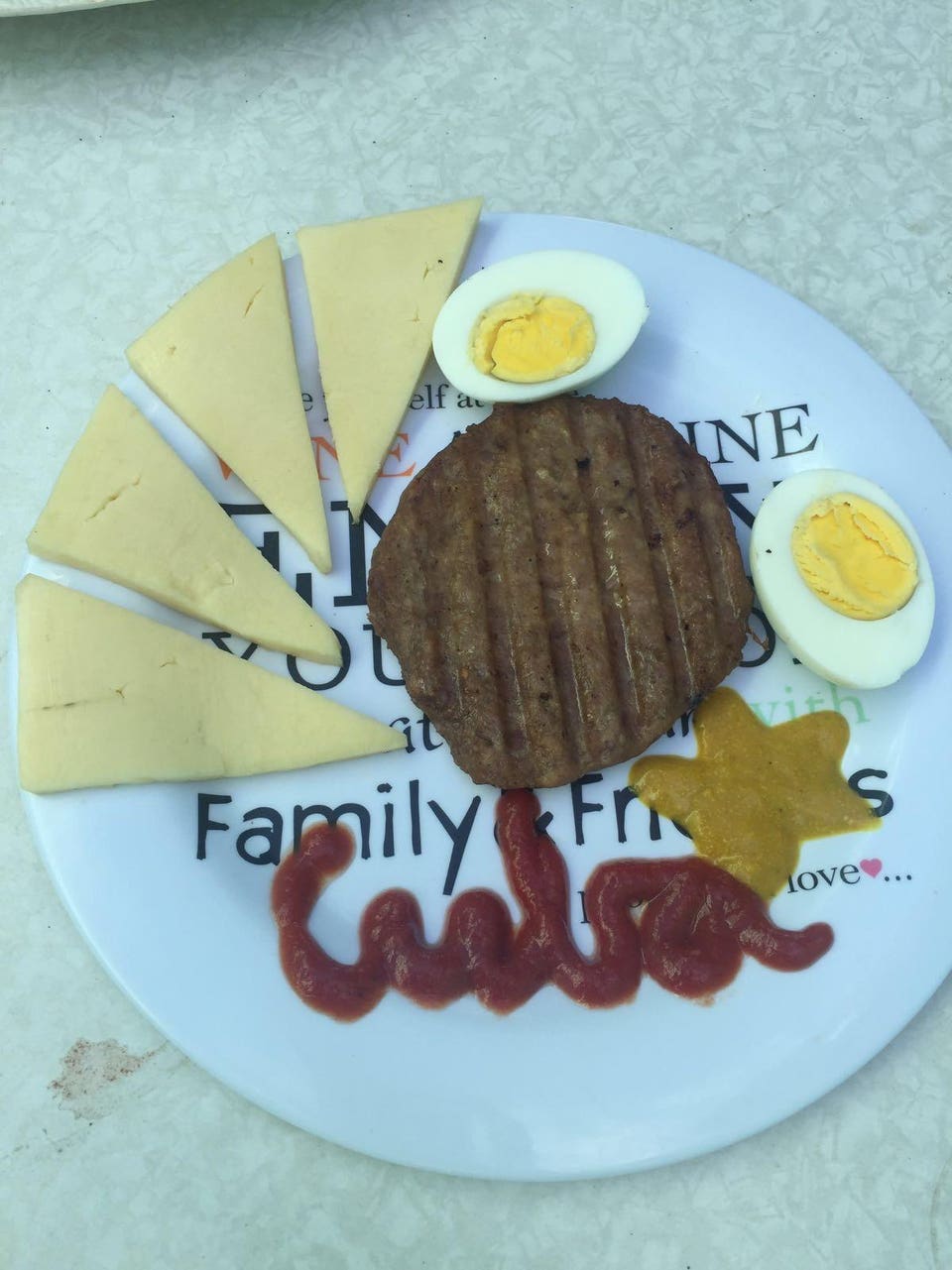 S Talty.
Backpacking in Cuba if you don’t speak Spanish
Since a key component of traveling under "support for the Cuban people" is that you need to be interacting with the people, experts recommend hiring a tour guide if you don’t speak Spanish.
“You can’t say I interacted with the Cuban who sold me a sandwich,” says McAuliff. But with a private guide, “you do all the same things the tour groups are doing.”
McAuliff says that a private guide costs around $100 and can be found through TripAdvisor message boards. 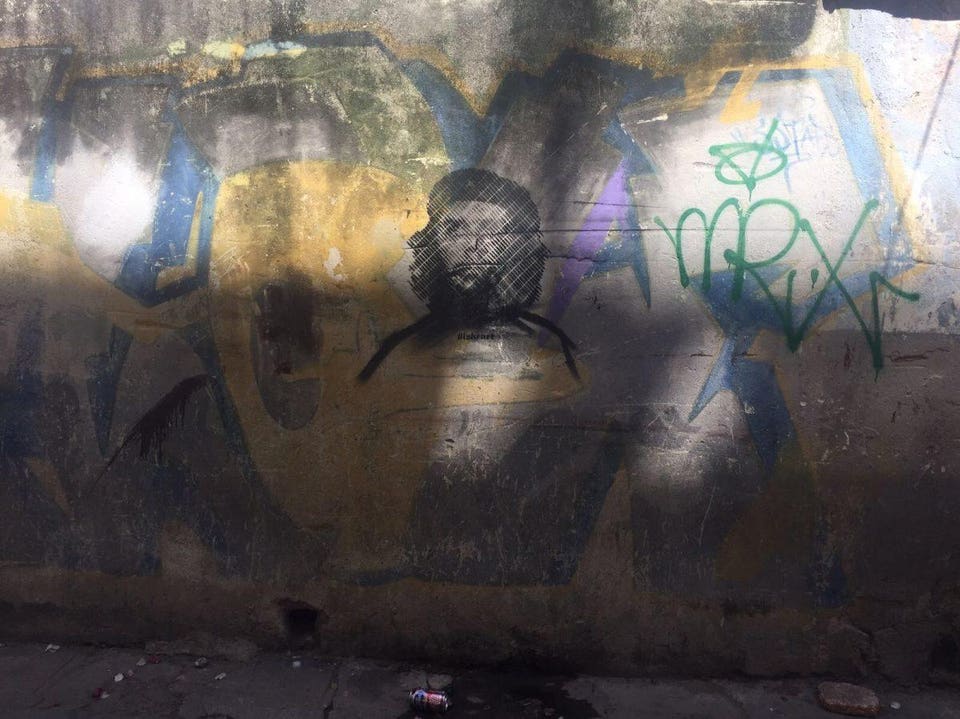 S Talty.
The advantage of a private guide is that “they’ll be able to pop into places and talk to people in a very different way than if they were with 15 or 20 people.”
However, be advised that the Cuban government looks at individual guides as a "legal grey area" says McAuliff, as “they have not figured out a licensing system for individual guides. It is tolerated.” 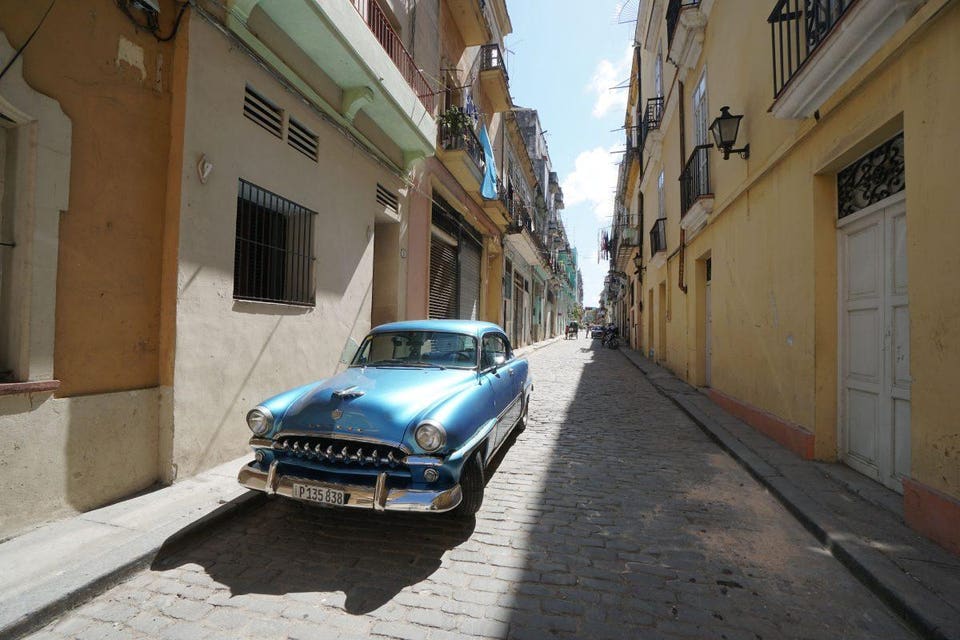 Educational Experiences Abroad.
Traveling with a tour
If the idea of backpacking around Cuba doesn’t appeal to you, traveling around the country with a tour operator is still a good option. Many of the more distinguished tours have been operating since before Obama loosened regulations, so they are accustomed to tailoring itineraries for the Office of Foreign Assets Control (OFAC) and documenting aspects of the trip. It is their job to keep track of new and changing policies, so you don't have to worry about compliance.
“We are continually searching for new programming so you are getting authentic exchanges and not just checking off a box for OFAC,” says Claire Kelly, founder and director of Educational Experiences Abroad.
There are many types of Cuban tours available, from traditional ones focused on exploring Havana and Santiago, to marathon tours, cooking class or ones for birdwatchers. In addition to Educational Experiences Abroad, other well-regarded tour operators include Friendly Planet Travel or Cuba Educational Travel. If you don’t like traveling with strangers, many operators are able to make a customized tour for you and a group of friends that would function in a similar way.